Honour for Our Work... 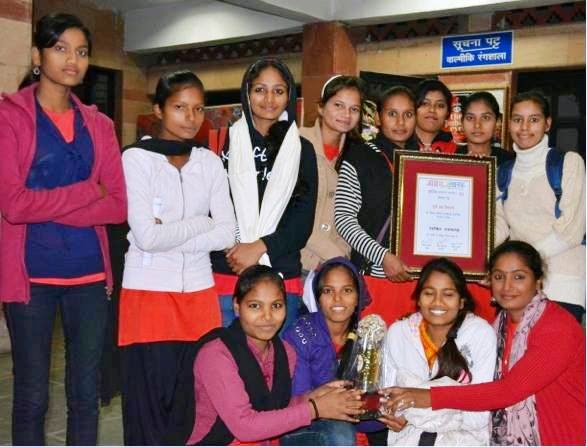 This was provided for working against Sexual Violence and Survivors.

thanks to All of your kind support and blessing.
Its our TEAM WORK and we proud our team. 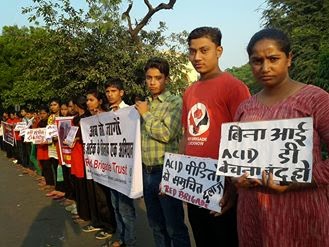 
We started this campaign for Acid Survivor in our State Uttar Pradesh since 25th Nov.2014.

We protested at G.P.O. Lucknow 29th Nov. 2014 and many people participate in this protest and they were agree with our demand with locsl Government. Girls are afraid  and asking to Government that why he is not implementing the order of Supreme Court of India. 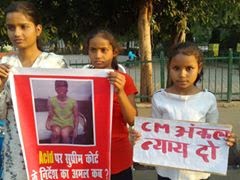 In this series of Protest/ Awareness/ Signature campaign we will cover many school / college /market and peoples.

Support Deepmala for her treatment after Acid attack.. 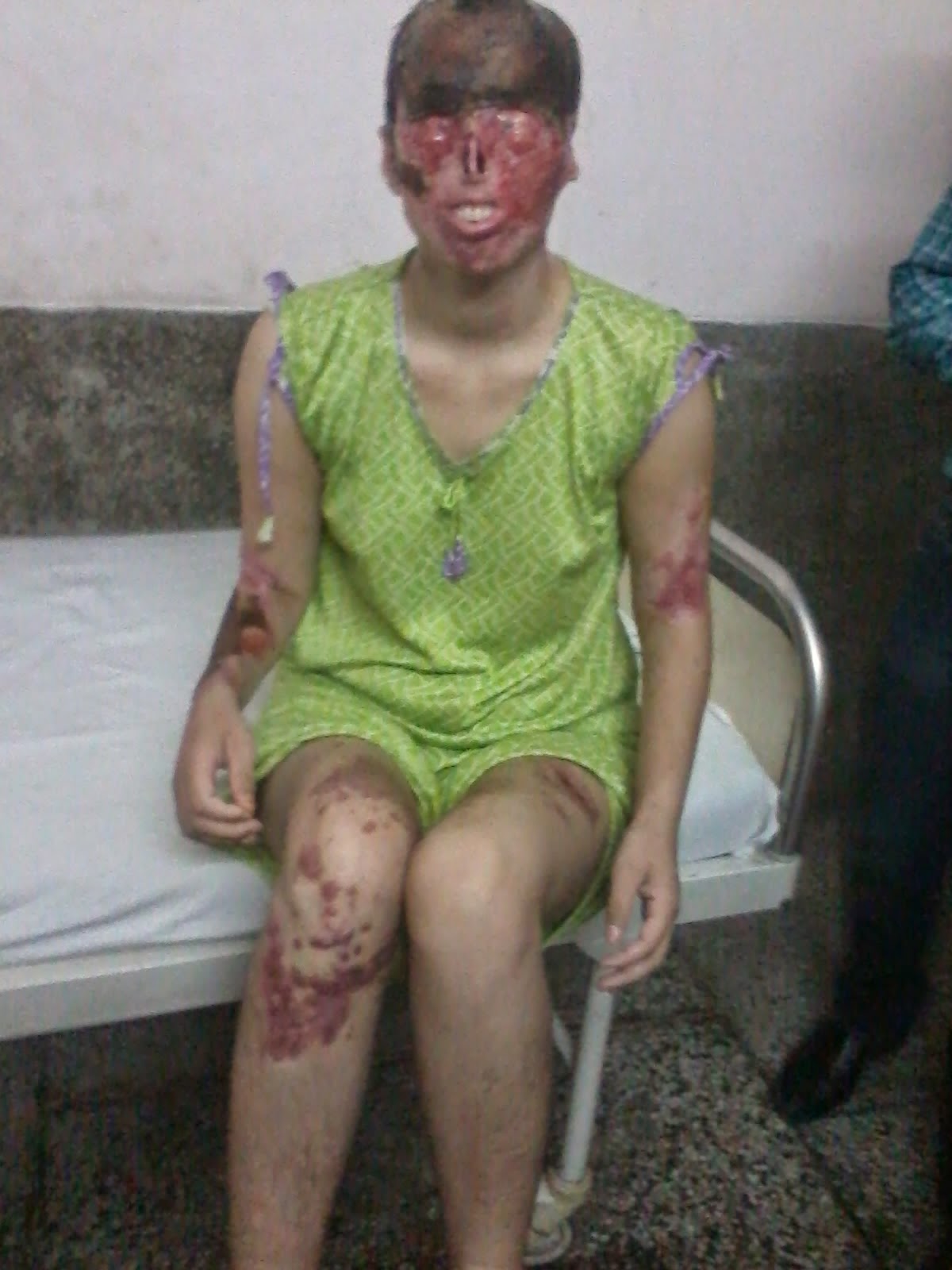 Deepmala is facing economical problem. Actually after acid attack there is too long and expensive treatment and survivor is unable to collect funds for her treatment.
Her parents also sold some property for deepmala treatment but now not able to exped more bcas now they hv no money.

Redbrigade is fighting her legal case and supoorting also economically and raising fund $10000 in first phase and will raise after this. 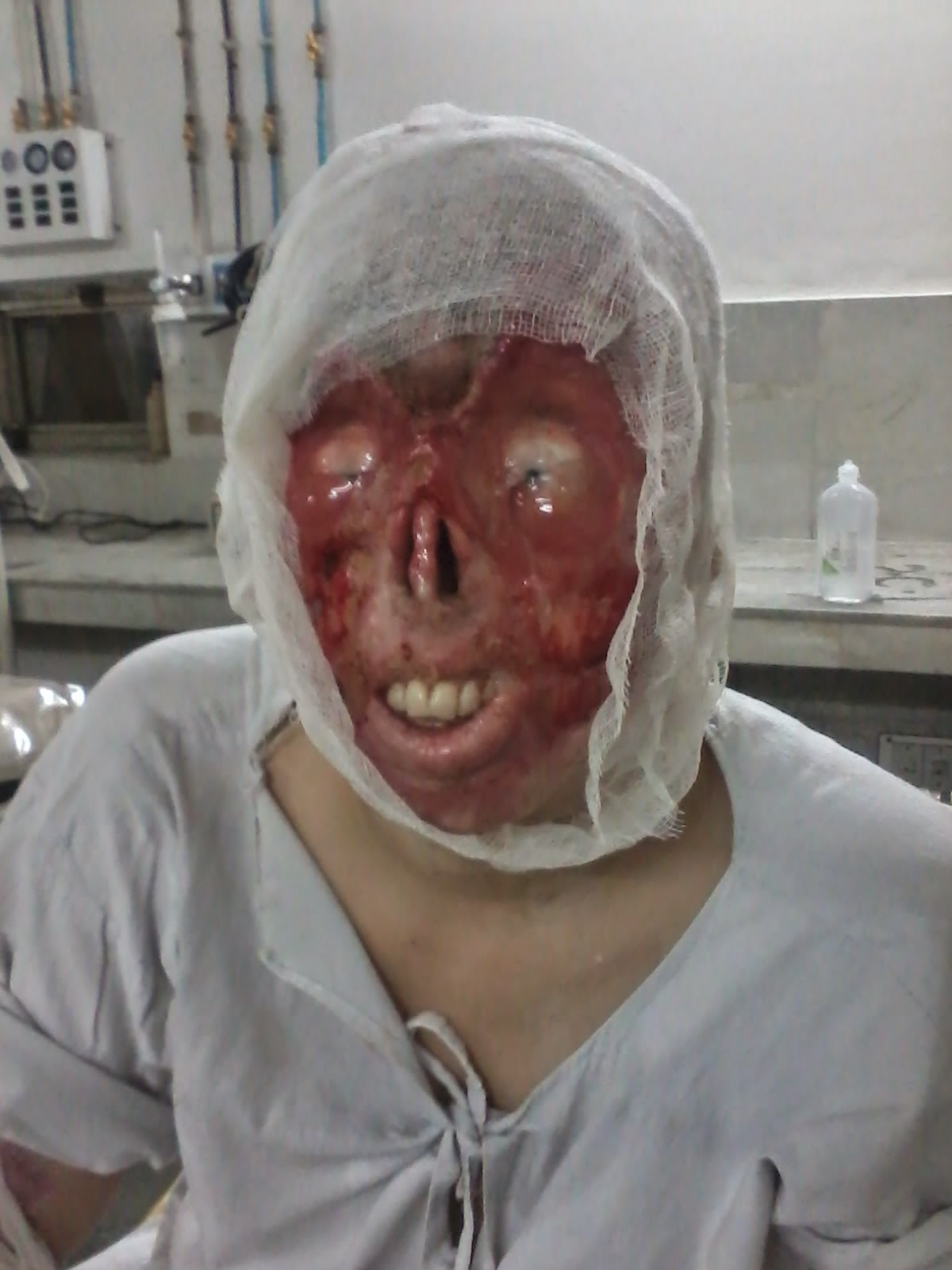 Why Deepmala Need support and we are Campaigning??

:Supreme Court of India passed some order on Acid like....


But No any survivor find this money till today, so REDBRIGADE is campaigning regular and... 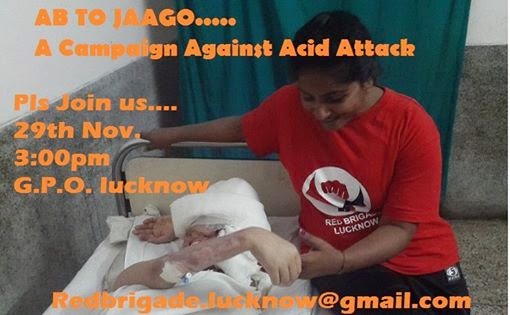 Redbrigade is the part of International Campaign Against Violence with Women since 25th Nov. to 10th dec. 2014, We are organising this for supporting to Acid Survivor. We are demanding  to Government of our state that pls implement the order given by Hon. Supreme Court of India on Acid.
Government is feeling failed to implement this. We will make many protest and awareness programe and signature program in this period .......
1 comment: 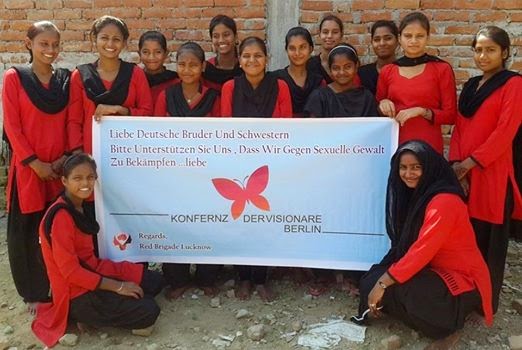 Confrence in Berlin:
It is a great honor for us that people from Germany organised a conference to support redbrigade work on Oct last week in Berlin. So many thanks to organizer and specially Mrs. Caroline with all.

Our team is waiting support from all of u that we can continue our all work for rape/acid survivors.

We are working our all work by all of yours support. Keep love and support
No comments: 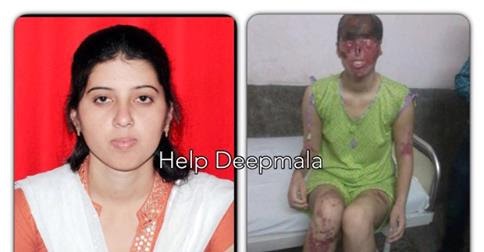 Protest Against Gang Rape in Lucknow: Justice For Mahak

Gang rape survivor Mahak(changed name) 16 year by 4 man on 18th jun 2014 near her home when she was going for toilet/sanitation.

She is in depression and half coma. no medicine and food for her family , She did not take food after brutal gang rape, bcas her family hv no money in her family. her grand mother 72 year is a labour and earn for family livelihood. .

She went to toilets/sanitation near her home, she kidnaped by 3 people and raped by 4, One was that incident place ,But shocking issue that after gang rape she is going to sanitation same place bcas
she hv no toilet/latrine room.
we are trying to make toilet/latrine room for her..... pls support us
and be a part to make her life better.
Only one culprit catched and three are not catched by police.

Now MAHAK is living with us and we are trying her counselling to feel better and we will fight for her.
No comments: 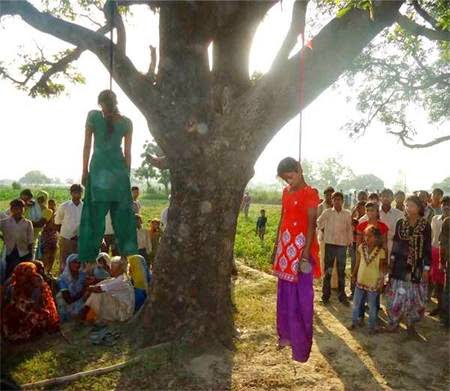 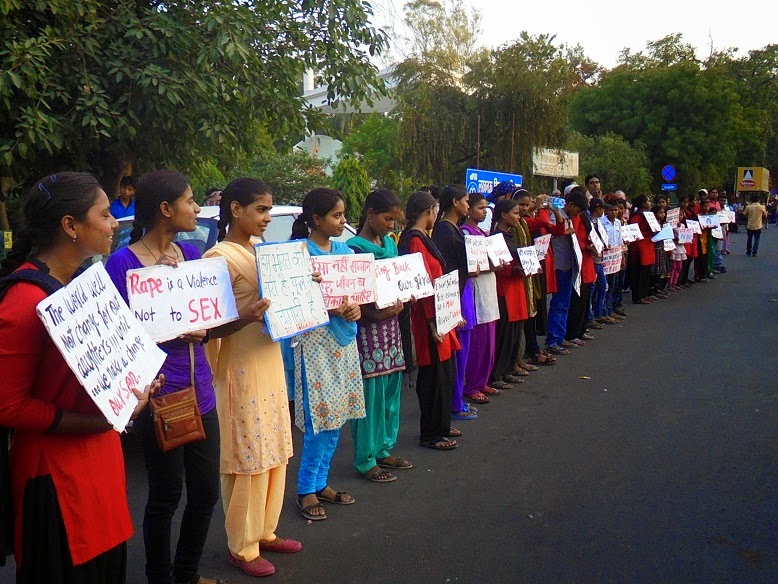 We will fight continued against Sexual violence, pls encourage us....
1 comment:

Protest to Supprt # BRING BACK OUR GIRL Campaign for Nigerian girls 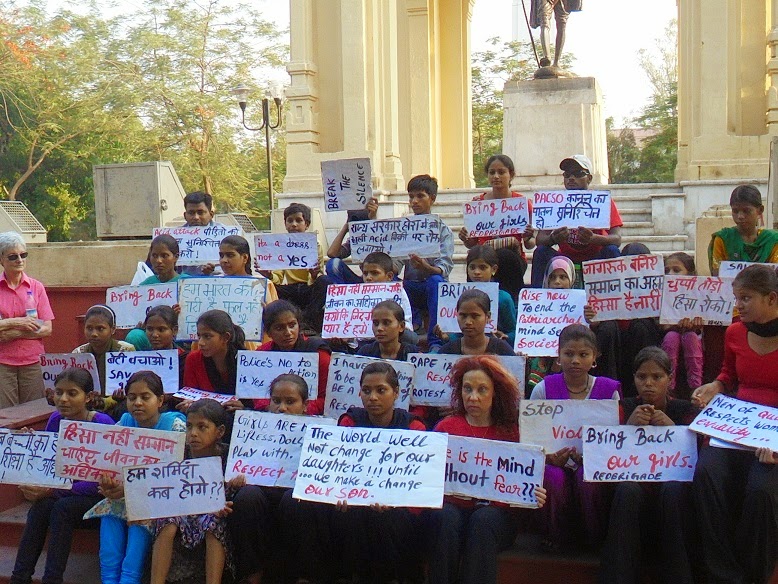 Protest to support Nigerian Girls: We protest this month against Gang rape and to support #BRING BACK OUR GIRLS, from Nigerian militant group. We fully support girls and demand to government to make pressure on Nigerian Government about that.

Also we demand to make a rules and regulation about Acid sale. And provide compensation to Acid survivors fastly.
No comments:

One Billion Rising Programme in Lucknow! 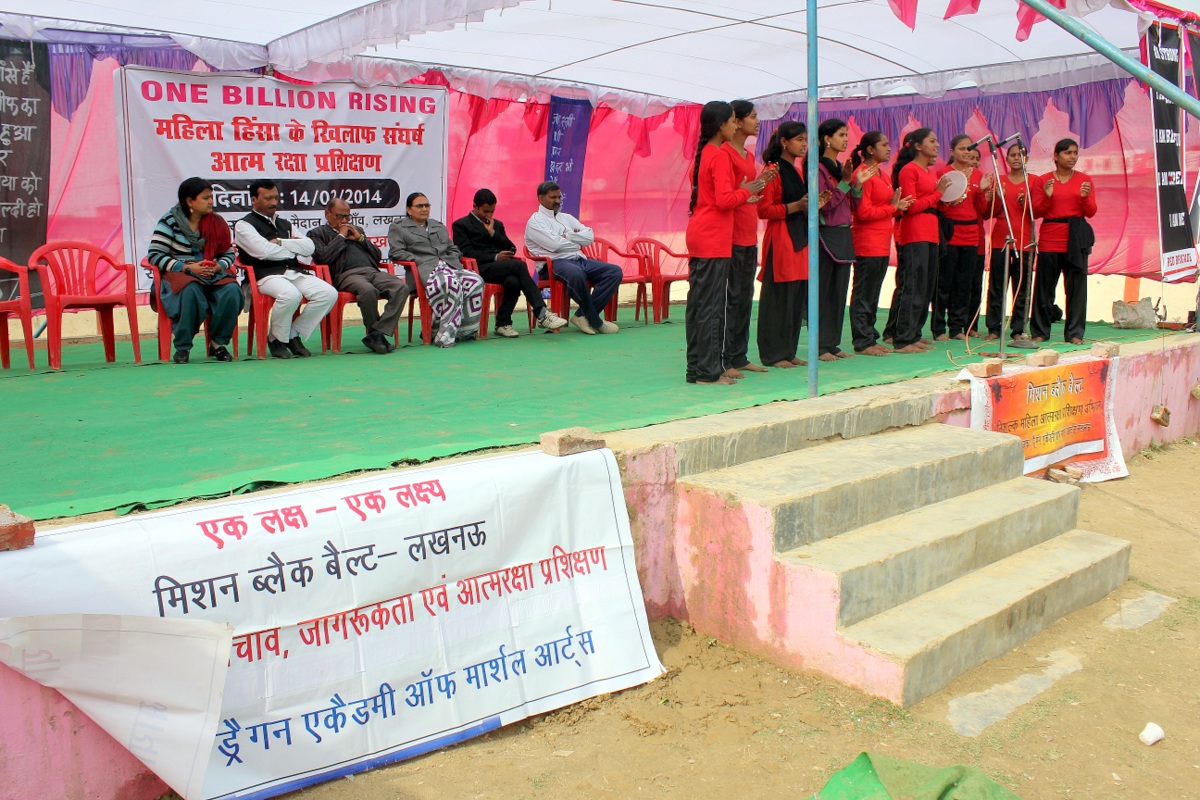 
OBR is a worldwide campaign against the violence done to woman! As part of that campaign we also trained 7000 girls in self defense and we presented many songs and plays performed by the Redbrigade girls.

Visit us on Facebook and here:
redbrigade-lucknow.org
Donate via Paypal to: redbrigade.lucknow@gmail.com